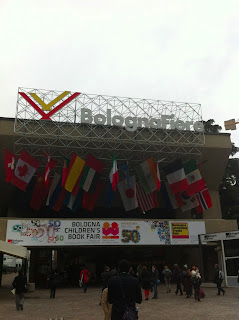 Note the grey skies. Dismay at the dreary weather was the no. 1 topic of conversation
I’m still in a post-Bologna fugue state. I flew in early Monday morning, brandishing my new British passport for the first time since becoming a dual citizen, and promptly found myself in the world’s longest taxi queue. An editor friend close to the front of the queue, flushed with excitement at having already bought “the book of the fair,” rescued me and we shared a cab to our respective hotels. 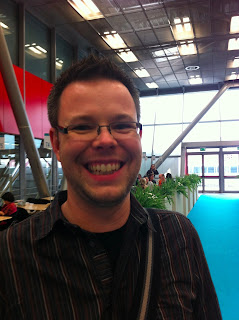 Taxi-queue rescuer, big spender, and Bookseller-headline-grabber Ben Horslen of Puffin UK. You’d be grinning too if you’d had the week he had
The driver dropped my friend off first and then I had a chance to warm up my very rusty Italian.
“Americana?” the driver asked me.
“Americana e inglese,” I answered proudly. “Ho due passaporti.”
“Ah,” he nodded. “Come James Bond.”
Yes. Exactly like James Bond.
My new favorite taxi driver ever waited while I dropped my suitcase at my hotel and then it was off to la fiera and the first of 33 scheduled appointments. 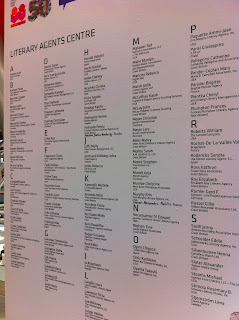 The Literary Agents Centre directory. I still can’t believe no one got out a sharpie and added an apostrophe
Mostly, Gemma and I met with U.S. editors, though we saw a fair number of U.K. editors and foreign rights representatives, too, discussing our clients’ projects but also the editors’, always looking for a sense of what each editor is looking for and the trends she sees in her market. 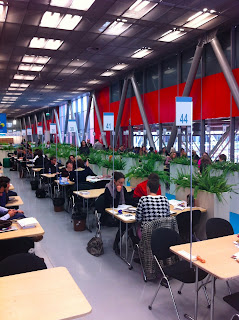 The Agents’ Centre. Everyone in this photograph is complaining about the weather
Exhausting? Absolutely. But anyone who knows me knows I love to talk, and the added joy of catching up with so many friends and colleagues kept me energetic even when I was running on just a few hours’ sleep. And there were lots of chance meetings, too, as I hurried from publishers’ exhibit stands back to the Agents’ Centre, including one with the president of the publishing house that hired me as an editorial assistant nearly twenty-one years ago. Seeing him brought me back to the summer I started that job, just a few weeks after I’d graduated, when my first task was to help the editorial director make her appointments for the Frankfurt Book Fair (which is like the Bologna Book Fair, but exponentially larger and not focused solely on children’s books). Back then, appointments were made via an endless series of faxes, and within days I became my generation’s leading expert on international dialing codes. I knew nothing about publishing, though, and a few days into my Bataan Fax March, I worked up the courage to ask my new boss: “Is it Frankfurt, Germany or Frankfort, Kentucky?” It was not the last stupid question I would ask her. 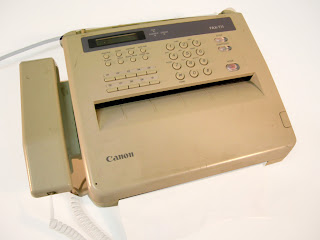 I hated that thing
It was chilly in Bologna — spring hasn’t arrived there any more than it has in London — and I wore my big furry boots when I walked out of the fair, carrying my shiny work shoes in a plastic laundry bag from my hotel. After a glorious dinner at Scacco Matto, I didn’t realize until I was back at the hotel that I’d left those shiny shoes behind — so there I was at one in the morning, ringing the tired restaurant owner and stammering, “Mi dispiace, ma ho perso le mie scarpe.”  I’m sorry, but I have lost my shoes. Even if I make a million-pound deal off the back of this trip, I will have no prouder Bologna 2013 moment than coming up with that sentence. (I picked up my shoes the next morning. I couldn’t have pitched anyone wearing those furry boots.)
Other highlights: indulging my love of macabre German picture books at the German publishers’ stands; trading gossip over magnificent dinners and plenty of local sangiovese; bumping into Peter Sís at the gelato stand and reminiscing about a children’s book conference a few years back at Chautauqua which felt like it ought to have been the scene of an old-fashioned murder mystery. The payoff for all the frantic preparation for the fair is the easy camaraderie of an industry full of people who dream regularly about the money they’d have if they still had those Harry Potter and the Philosopher’s Stone galleys they recycled in 1998. 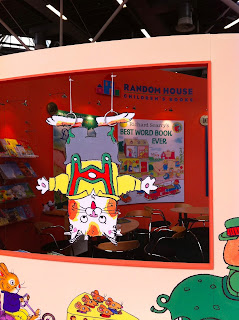 By day three, everyone at the fair knows exactly how Huckle Cat feels
And as soon as it had begun, it was time to go home. I spent a little too long chatting over a farewell gelato with superagent Jennifer Laughran and rushed down to the bancomat for cab fare to the airport, but the queue moved slowly and I started to get anxious. “Here,” Jenn said, pressing euros into my hand, “go!” I’d only met her two days before. I guess she figured I was good for it. Then again, children’s publishing is a small world; she knows where to find me.
￩ ￫ x