Posted on July 31, 2013 by Gemma Cooper
So this blog post isn’t just an excuse to post pictures of my trip to the Harry Potter Studio Tour, I promise. But I will post some of them, because it is a blog about world-building, and the Harry Potter books are a excellent example of this. 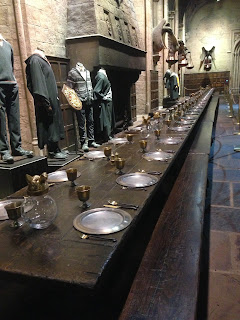 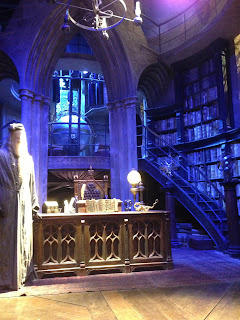 When we talk about world-building, it can be tempting for authors who write contemporary stories to switch off, but world-building isn’t just for fantasy and sci-fi writers. If your book is set on the street you live on, or at your old school, you still need to build a world on the pages of your novel and show it to the reader. He doesn’t know your school or its layout! This means that you need to know everything about your world and what its rules are, even if some of these details don’t appear on the page.
The trick with world-building is not to just give a laundry list of descriptions and overload the reader. I talked in an earlier post about ‘less is more’ – if you give the reader too much information in one scene, they’ll forget everything. Better to give them one key memorable description and then fill in little bits of information over time. 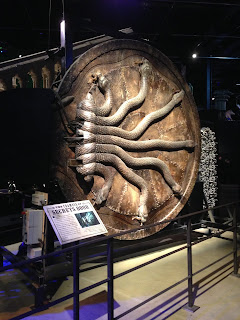 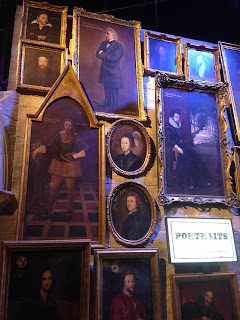 Like all parts of writing a novel, as much as possible your world should be shown to the reader and not told. Describe how your character interacts with and fits into the world, rather than just being descriptive. Think of the world as a character itself and flesh it out like you would any other.
It might be a good idea to draw a map of your setting, so that you always know that if your character turns left out of English class, she will end up at French class next. Or that she has a shop on the corner of her street. If your book is set during school time, give your characters a timetable, so that when you have scenes happening after lunch on a Friday, you know what class they are in.
J K Rowling had enough of a world built to cover seven very long novels – all with new places to visit and things to learn. She developed her world by adding all the fantastic details like the titles of spell books, the rules of Quidditch, and famous wizards of old on the chocolate frog trading cards. She created Diagon Alley and filled it with shops – even one selling magical sweets (which really do have vomit flavour in them). 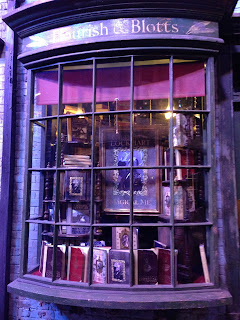 Buy your books in Flourish and Blotts 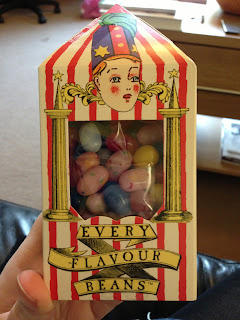 Bertie’s Every Flavour Beans (which made me sick)

So, some key advice on world-building: 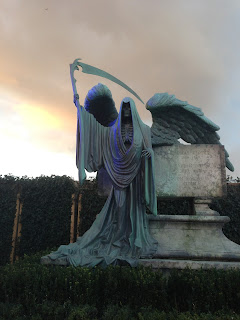 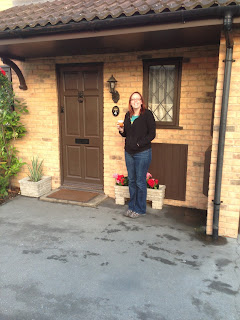 World-building, if done well, means the reader can really see the steps your character takes and picture the setting in his mind. And you never know — if it’s done really well, you might one day see it on the big screen.
￩ ￫ x