In the last few weeks, two of my fantastic clients with May 2014 publication dates have posted their cover reveals –  Robin Stevens for the UK cover of MURDER MOST UNLADYLIKE and Katy Cannonfor LOVE, LIES AND LEMON PIES.

Robin and Katy’s publishing journeys have taken place at very much the same time and with milestones falling at similar times, as shown by this lovely photo of them sharing a congratulatory cake at my client retreat. 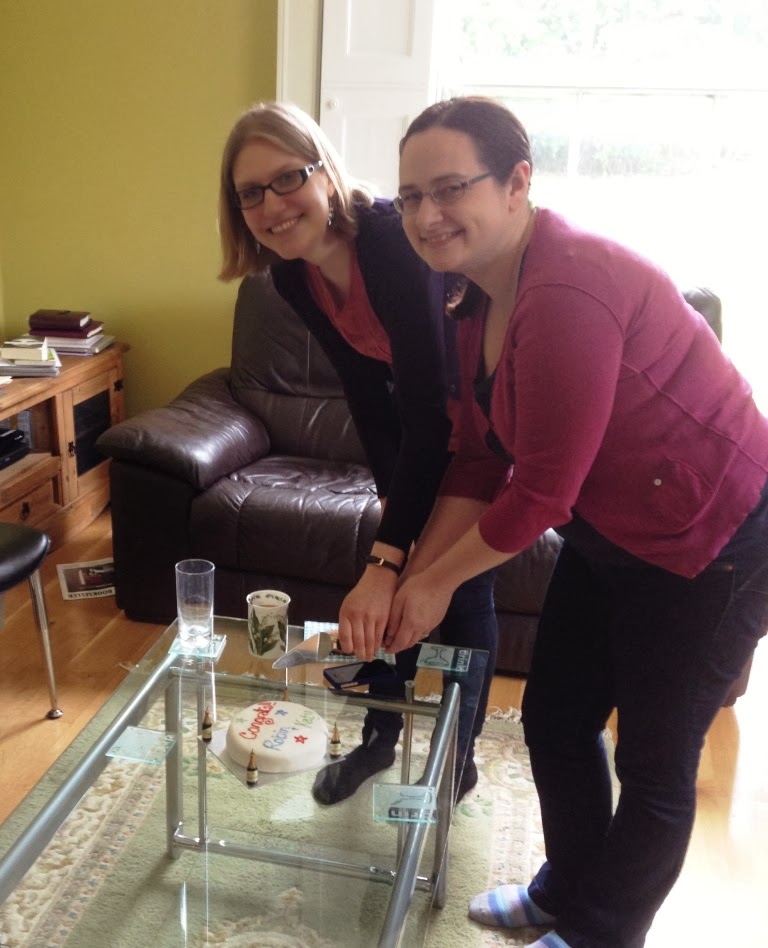 So I thought it would be fun to interview them both about their thoughts on the covers of their novels.
First up is Katy: 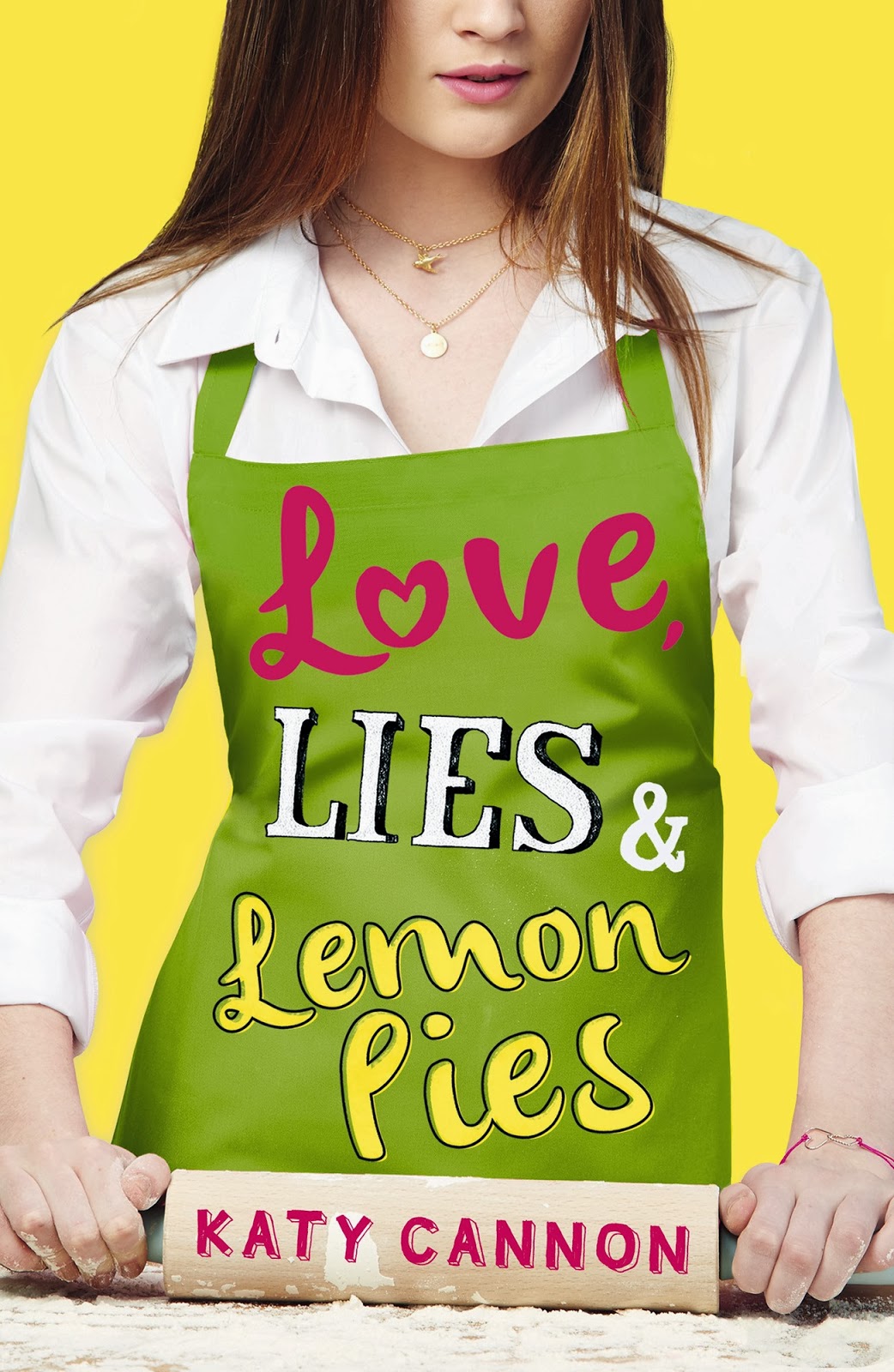 Did you have a cover in your mind after you’d finished the book?

I really didn’t! I guess after all the baking and pie tasting, I assumed that maybe there’d be some tower of cake or something on the front. But beyond that, I was more than happy to leave it to the professionals!

How did you feel seeing the first roughs pop into your inbox?

I was so excited! And just a little bit nervous. It’s weird, seeing how someone else pictures your book. But I got incredibly lucky – the art department at Stripes got the book completely.

My husband, my daughter, my mum and dad and my brothers. Gemma actually got to see it before me as my email didn’t come through at first!

What do you think of the final cover?

I adore it. After the proof cover, they set up a special photo shoot to get the picture exactly right, and the details that got added in are just perfect – Lottie’s necklaces, the smudges of flour on the rolling pin, everything.

What was the process like? How much were you involved?

For me, mostly sitting around and waiting to see what they came up with! I’m not a designer, and since I knew that everyone at Stripes had read the book, I trusted them to come up with the best cover. And they did!

What’s your favourite aspect of the cover?

I love it all, especially the fonts they chose, but my absolute favourite part has to be my name on the rolling pin!

What has been the response from friends and family?

They all wish they could have a book cover so pretty. And one friend actually sent me a wooden rolling pin with my name on it this week, which was very exciting! It’s now sitting on my desk inspiring me to get on with writing the companion novel.

Love, Lies and Lemon Pieswill be published on 5th May 2014. You can find out more about Katy on her website and about her younger series, POOCH PARLOUR, which will be published in March 2014.

And now to Robin: 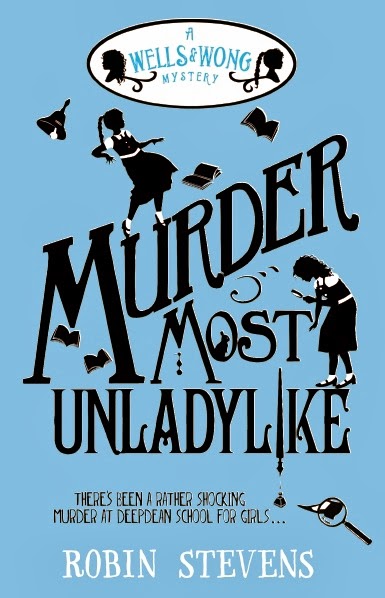 NOTE: Robin’s cover has changed from the original one posted. I asked her what she thought of the new cover:

I’m really excited about the changes. The wonderful illustrations and gorgeous title font that I loved in the original are still there – the essence of the cover is absolutely the same – but now I feel like the tweaked design gives the details even more room to shine. The colour’s great too – a really bright, lovely blue – and I think that it’s going to look wonderful on shelves. I can’t wait to see the finished book!

Did you have a cover in your mind after you’d finished the book?

I did! I imagined what was basically a straight-up recreation of a 1930s school story cover. In retrospect, I’m very glad that this didn’t become reality, but at the time I had it in my head so firmly that I couldn’t imagine anything else. < How did you feel seeing the first roughs pop into your inbox?

Pure terror, in case I was going to hate it, and then a brain-bending moment as my inner image of my book’s face changed totally. Then I realised that it was so much better than what I’d been imagining, and I’ve been delighted ever since!

What was the process like? How much were you involved?

I was told who my cover artist was going to be, and then after her first roughs came in, I was asked to comment on any small alterations I’d like. Interestingly, there was an aspect of the cover that didn’t match what I’d described in the book – but it was the text that ended up being altered, because what Nina (the artist) had created looked so wonderful as it was!

What is your favourite aspect of the finished cover?

I think it would have to be the way that the I in ‘Unladylike’ is actually a pen. It’s so smart and stylish, and it pleases the writing nerd in me.

My mother and my boyfriend. I sent them an email that just read ‘LOOK AT THIS!!!’ Then I jumped up and went running around the office, waving the print-out above my head in triumph. Since I work for a children’s publisher, I got a lot of interest! My colleagues immediately began talking about what finishes should be used on it, so I knew that they approved.

What do you think of the final cover? What has been the response from friends and family?

I unashamedly love it. It’s now the background of my phone and my laptop, and I flash it at everyone I meet like it’s a photo of my firstborn. Everyone else has been just as positive, which is wonderful. My favourite response so far is the friend who told me that it reminds her of ‘a fancy box of chocolates’. She’s absolutely right! It’s delicious.

Murder Most Unladylikewill be getting another cover reveal when the US cover is finalised, so stay tuned for that!

Thanks Robin and Katy for sharing your cover experiences!