Fun at the Hay Literary Festival—a post by Gemma

Posted on June 6, 2014 by Gemma Cooper
Last week, I had the pleasure of attending the Hay Festival of Literature and Arts, an annual festival held in Hay-on-Wye, Wales, that runs for ten days — in a usually muddy field!
This was my first time visiting Hay-on-Wye, and I’ve heard that it’s famous for being a bookish town, but I wasn’t expecting to see so many bookshops in such a small place. The thought that thousands of rabid book fans descend on this small town just to talk about books and listen to other people talk about books was really inspiring.
I was there to support wonderful TBA author Katy Cannon. Katy was doing two events – one for her 6+ series POOCH PARLOUR and one for her YA romance LOVE, LIES AND LEMON PIES. 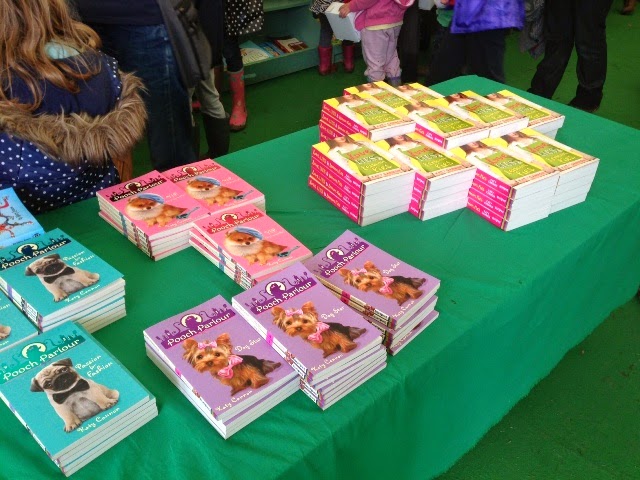 Katy was fantastic – for her POOCH PARLOUR event, the kids all sat on the floor in front of her and kept shuffling forward as she spoke. If she’d had more than 45 minutes to talk, a few of them would have been on her lap! They were also very keen on the ‘design you own dog masks,’ leaving us helpers (including lovely Ruth and Laura from Katy’s publishers, Stripes) covered in glitter glue. It was such a fun event! 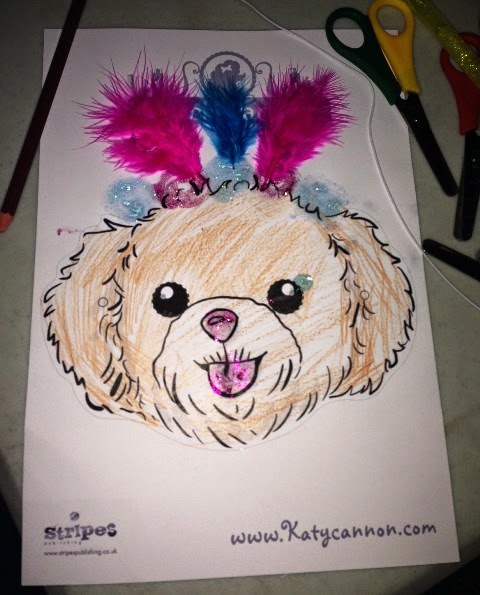 Katy’s YA talk, ‘How To Bake A Book,’ inspired lots of budding writers  – the crowd certainly asked some great questions about where Katy got her ideas from and where she wrote. She signed a lot of books after both her events! 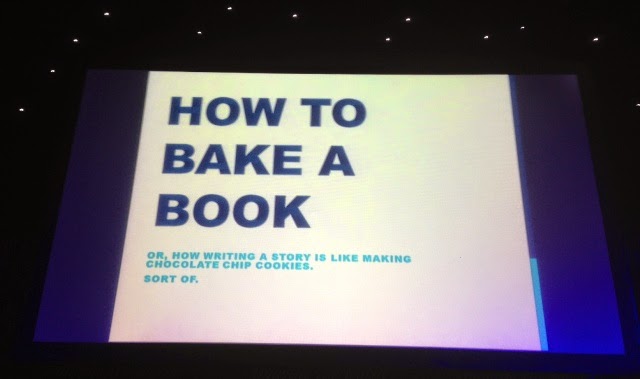 Watching her, I was impressed by the amount of preparation Katy had put into her talks. She had all her tech set up, and had been in contact with the festival beforehand to check that everything would work. She had her props – a cuddly toy dog for her POOCH PARLOUR talk and her baking apron for her LOVE, LIES AND LEMON PIES talk. She’d planned which sections of the books she was going to read from and when, and also asked some questions of the audience to keep them engaged. You could tell she had rehearsed, and although she had notes just in case, she rarely needed them.  Basically, she was awesome! 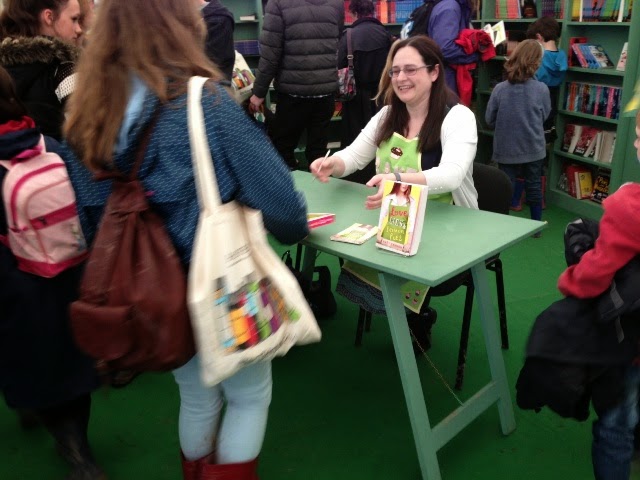 It’s nerve-wracking having to stand in a room, holding a microphone and knowing all eyes are on you. But if you are prepared – tech sorted, presentation rehearsed, book marked up, props – then you can just focus on taking a few deep breaths and then enjoying the experience.
Katy also blogged about the festival from her perspective – check it out here
￩ ￫ x