An Agent, a Conference, and the Gong Show — a post by Louise

A lot of writers tell me they often don’t know what authors and editors want out of them at conferences. Is there a right way or a wrong way to do things at a conference? How prepared should they be?


The truth is, while you must always try to be professional, it’s not possible to always be 100 percent prepared. The important thing is to do your best, to be enthusiastic, and to believe in yourself.


Let me tell you a story.


When I was a newish agent — about four years ago — I attended the Dallas-Fort Worth Writers Conference. I had an amazing time, partly because of the “wrangler” assigned to me who helped me throughout the conference, but mostly because of the wonderful people I met. I actually met and read the work of one of my first clients, Lindsay Cummings, whose MURDER COMPLEX I later sold to Greenwillow, an imprint of Harper Collins.


One day at the conference I learned I would be in a “Gong Show” event. I had no idea what the words Gong Show meant. I grew up in Cape Town, South Africa; I didn’t watch American TV growing up, had no idea about old game shows. All I knew was this panel would include agents and editors and we’d be hearing pitches and then rendering some type of judgment.


A bit panicked at my lack of knowledge, I fled to a bathroom stall and called my American husband back in New York and asked him to tell me all about the Gong Show. He laughed and gave me a brief history of the show, telling me it included terrible acts and celebrities running them off the show by hitting a giant gong. Frankly the description simply left me even more confused. And quite terrified. What had I signed up for?

Back in my hotel room, in the little bit of time I had between hearing pitches and going on the panel, I searched for as many old episodes of the show as I could find. I watched apparently crazy people performing acts, being jeered and ultimately thrown off the stage as they were GONGED. I still didn’t really understand the point of the old game show, but I now thought I understood the point of the panel. They wanted zany! They wanted antics! They wanted fun and outrageous opinions! I thought, “This is cruel.” But, that’s apparently what they wanted and who was I to question? 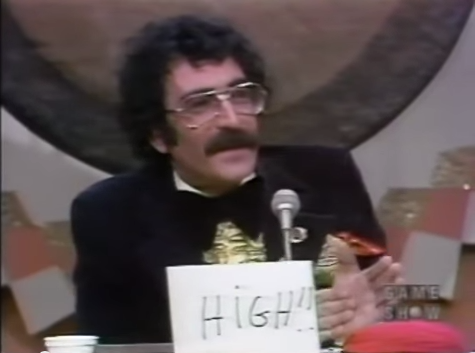 I made my plan. A short while later I showed up on the panel. My fellow panelists? All dressed very professionally. Looking very somber, and serious. Me? Wild hair. Sunglasses. Drenched in every piece of jewelry I had brought with to the conference. And I was smoking one of those new electronic cigarettes. 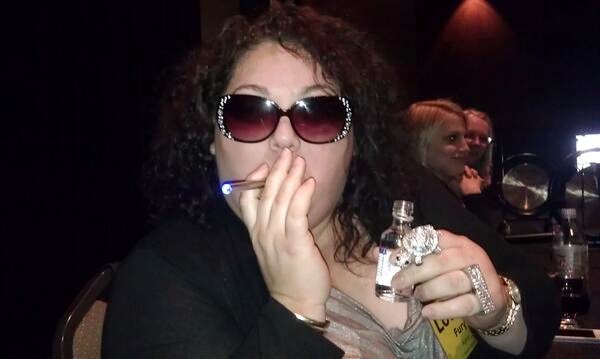 I stared at my fellow panelists and wondered if I’d done something horribly wrong. I had taken the Gong Show literally! I had definitely misread the situation. But I didn’t have any time to change my mind — or my look. I had to commit to the act and go full-speed ahead.

Throughout the panel I made sure to listen carefully, think professionally about the manuscripts and did my best to channel the celebrities I’d seen on those videos. I gonged away — when, of course, not offering praise for a verbal query I liked. At one stage I nearly tackled another panelist as we fought for the gong. In the end I had a great time, and I believe everyone in the audience did as well, including the writers who pitched us their manuscripts. Even the ones who got gonged might have enjoyed the zaniness of that panel since we were not too serious. I try to get back to the conference whenever I can and it’s my favorite event of the year.

So if you’re a writer at a conference, and you ever find yourself nervous or a bit scared or apprehensive, or unsure of yourself — maybe you feel like you’re talking too much or too fast or not enough to an agent or editor — and in your head you think they’re about to give you the gong, remember to believe in yourself. We have been there too. And it will likely work out in the end.

Louise Fury represents adult and young adult fiction, including suspense/thrillers, romance, and select nonfiction, as well as novels with a graphic element or illustrations. A native South African, I now live in New York City and travel to Cape Town every year, where I spend time educating South African writers, meeting with international publishers and distributing books. Before agenting, I worked in marketing and advertising for both the consumer markets and publishing. Prior to joining The Bent Agency, I worked as a literary agent at the L. Perkins Agency. I represent numerous New York Times and USA Today best-selling authors and encourage my authors to have one foot in traditional print publishing and the other in the digital arena. I am a huge advocate of utilizing secondary rights—I have sold film/TV, audio and foreign rights for my clients. I believe in staying ahead of the pack by embracing change, not just adapting to it. I'm looking for writers with a unique voice and an unforgettable story. In young adult, I look for manuscripts that are written with an unforgettable voice—this can be deep, dark and gritty or literary, lyrical and emotional. My wish list includes novels with a unique structure or format and books with multiplatform possibilities. I’m also looking for smart romantic comedy. For nonfiction I’m particularly interested in pop culture, cookbooks, true crime, humor, pop science and sports.
View all posts by Louise Fury →
Louise's posts
Conferences

8 Responses to An Agent, a Conference, and the Gong Show — a post by Louise