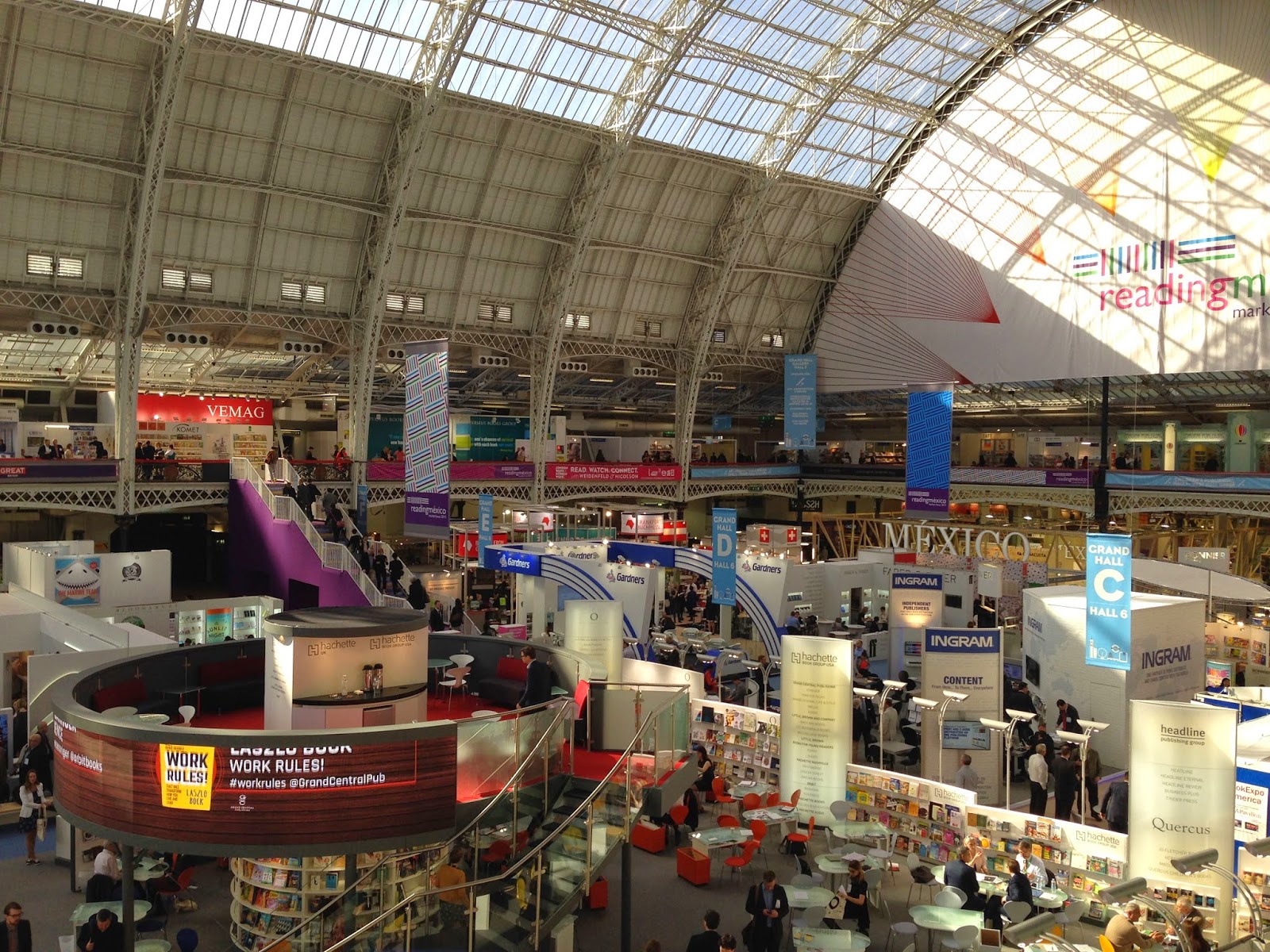 The long march of the spring book fair season is winding down, so I’m taking a quick break from my fair follow-up tasks to say a few words about the 2015 London Book Fair. I’m going to cheat and mostly just give you a few links to articles about this year’s fair:

Gemma and I had a busy fair, meeting with those of our international coagents who weren’t at Bologna, lots of scouts, a few British editors, and a number of international editors. We went to an absolutely gorgeous party at the Leighton House Museum — champagne and seriously good canapés on the lawn, and the most spectacular spring weather you could imagine (which I assume was arranged specifically for the party by our hosts at Egmont UK, who publish a number of TBA authors). And we had more champagne and some diabolically good cupcakes at OneWorld’s stand at the fair itself, celebrating the launch of their new YA imprint, Rock the Boat.

All that champagne did little to soften the blow of the trekking we had to do to get to our appointments. I won’t miss the International Rights Centre at Earls Court, which reminded me of the kind of apocalypse-proof bunker that I’d expect to see in District 13, but the IRC at Olympia was so far from the main show floor that I racked up over 14,000 steps a day on my Fitbit, as I insisted on showing anyone who slowed down long enough to see.

Next year, LBF starts just five days after the Bologna Book Fair, which will be a real trick for children’s publishers. Many of them have large, complicated display stands that will be impossible to ship to London and assemble in time for the fair. I’ll be curious to see if either London or Bologna blinks and finds a way to reschedule.

I’ll leave you with this: a rare photo of me and Gemma in actual London sunshine. We’re not used to it. 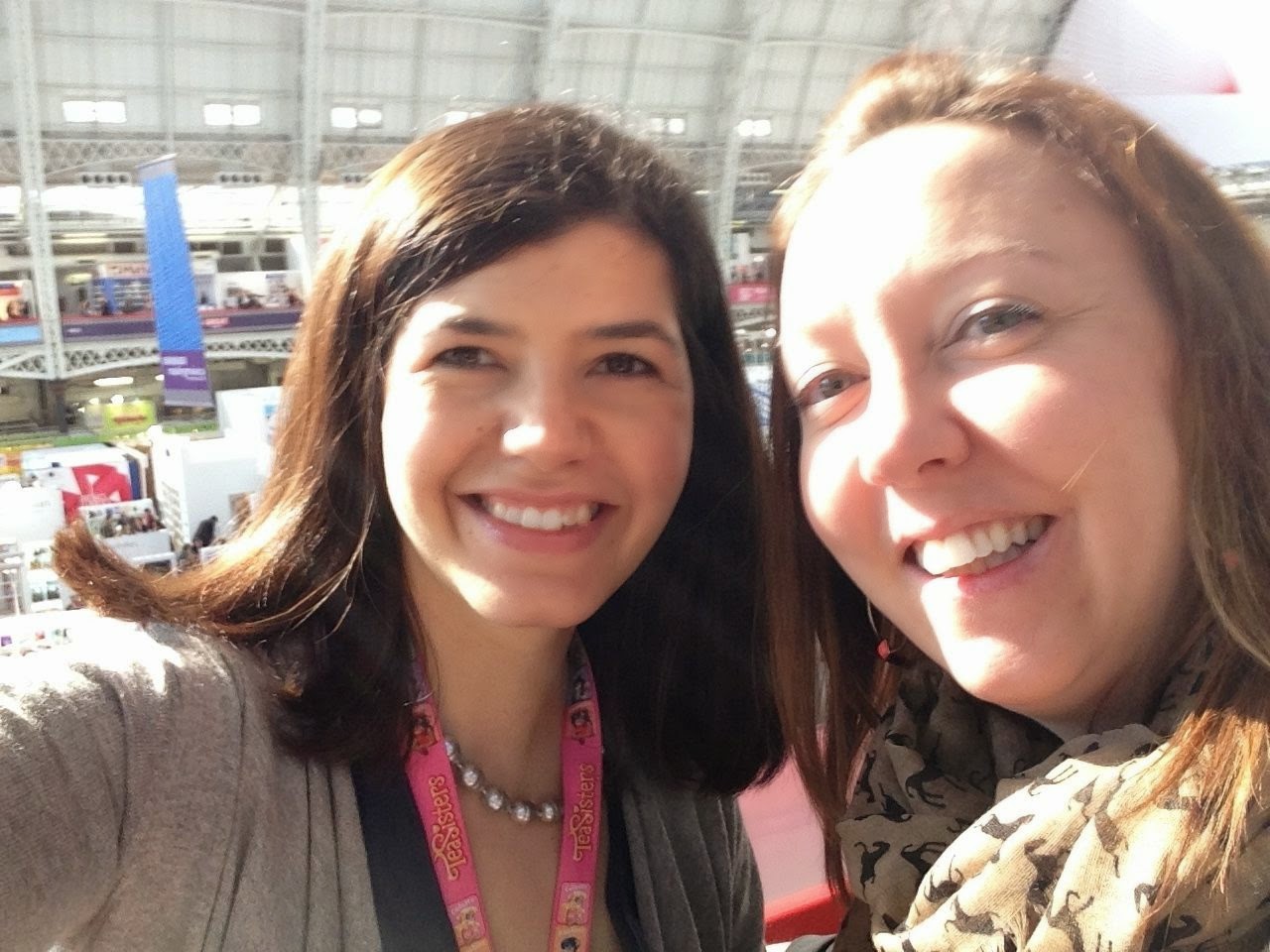