Samantha M. Bailey is a Toronto-based journalist who has written extensively for Now Magazine, Oxford University Press, and many other publications. She is the co-founder of “BookBuzz,” a promotional and interactive author event held in New York City and Toronto that has attracted the attention of prominent publicists, influential media, and bestselling authors. She holds a Master of Education in Applied Linguistics and credits that degree with her writing career because she wrote her first (unpublished) novel after taking a course on imagination. Now her imagination leads her to create dark and twisty stories, and her debut psychological thriller, WOMAN ON THE EDGE, will be published in countries world-wide, including Italy, Spain, Germany, Hungary, the Czech Republic, Slovakia, Poland, and in North America with Simon and Schuster Canada and the UK with Headline. She loves reading as much as writing, so when not tapping away on her computer, she’s probably curled up with a really good book. 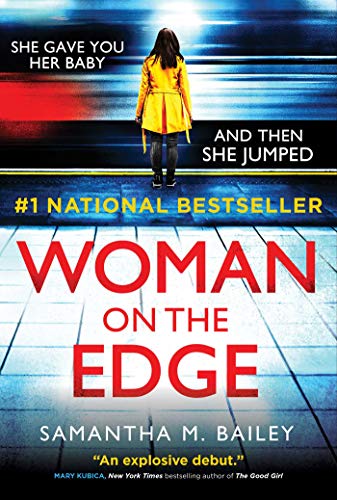